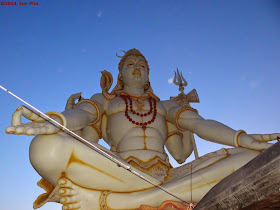 Lord Shiva Statue is an 85 feet tall Shiva Statue that has been installed by the T.K. Patil Banakatti Charitable Trust in Bijapur at Shivapur on Sindagi Road. It is slowly making as a pilgrimage location. 1,500 tonnes statue of Lord Shiva is considered as the second largest statue of Lord Shiva in India and was prepared by sculptors from Shimoga for above 13 months plus the civilian design was supplied by Bangalore-situated architects.

Basanta Vana is an 85 ft tall idol of Lord Shiva that is made of cement and steel. Counted among the tallest idols of Lord Shiva, it is situated around 3 km from Bijapur City on the Ukkali Road in the village of Rambapur. It was unveiled on 26 February 2006 on the day of Shivarathri. It was designed by the civil engineers of Bangalore and was built by the sculptors of Shimoga. Beneath the statue, a small Shiva Linga has been placed. www.shivagiri.com Lord Shiva Statue : The 85-foot (26 m) tall statue of Lord Shiva installed by the T.K. Patil Banakatti Charitable Trust in Bijapur at Shivapur on Sindagi Road is gradually developing as a pilgrimage place.1,500 tonnes statue considered as the third biggest statue of Lord Shiva (Fourth tallest statue of Lord Shiva in world) in the country was prepared by sculptors from Shimoga for more than 13 months and the civilian design was provided by Bangalore-based architects. The statue weighs around 1,500 tonnes.

A small idol of Shiva will be installed beneath the big statue. Besides, the "Shiva Charite" will be engraved on the inside walls of temple in Kannada to help devotees learn the mythological stories related to Shiva. The trust wants to make it a major pilgrimage centre.

What is making it a place of public interest is the series of charity work the trust has taken up there. An old age home is coming up on this 18-acre sprawling premises named as Basant Van, and it is scheduled to be inaugurated on same day. Mr.Patil told The Hindu that initially it can accommodate 52 members and the capacity will be enhanced gradually.Women will be given preference in admission. Once this is stabilised, the trust will establish a free boarding school for meritorious students from economically and socially backward classes.

Mr. Patil and his four brothers, who are the trustees, have planned to weigh their mother Tulasibayi with gold on February 26. As she weighs 55 kg, the gold is estimated to be Rs. 4.5 crores and this money will be deposited in a bank and interest from it will be used for charity work. 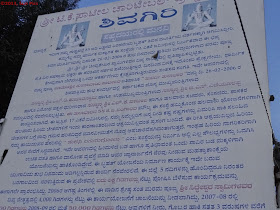 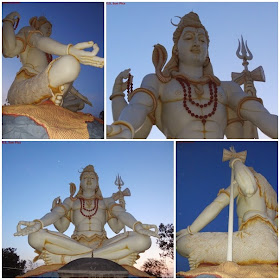 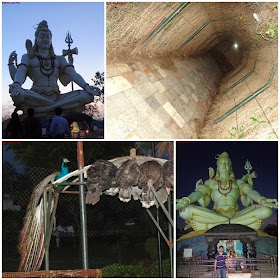 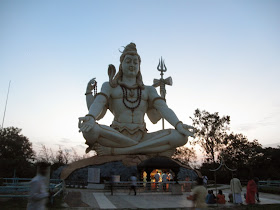 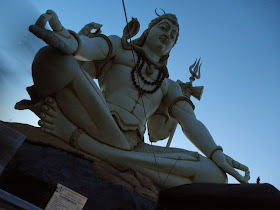 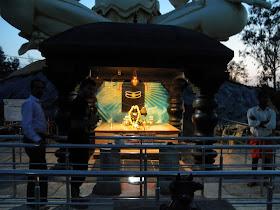 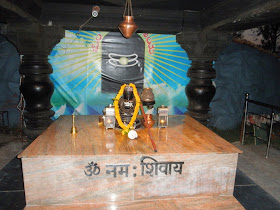 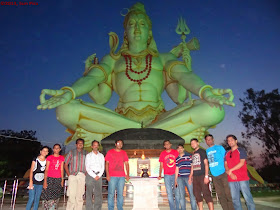 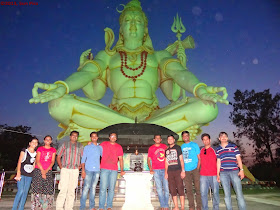