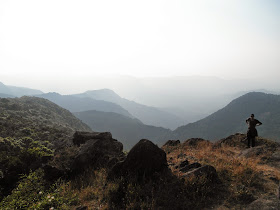 After a long time I went trekking in Western Ghats. This time I went to Barkana Falls & Narasimha Parvatha (Agumbe) trekking with “Prakruthi Charanigaru - PC” Team from Bangalore.

"Prakruthi Charanigaru" offers a variety of trips and guided trekking of your choice around Karnataka. They had already conducted trekking to Ombattu Gudda, Aramane Gadde, Etthina Bhuja, Kodachadri, Mullayyana Giri, Kuduremukha, Saalugudda, etc. They had conducted Independence Day Rally in Sakaleshpur & Kuduremukh. This time they have conducted trekking in Agumbe Ghats on 24 – January- 2015 and 25 – January – 2015.

On 23-Jan-2015 @ 11.00 PM we have started our journey from Bangalore in a Tempo Traveller & a Car. Overall 14 members travelled from Bangalore and 3 more people joined with us in Agumbe.

Day1: 24-Jan-2015
The Narasimha Parvatha trek that starts near village -Mallandur and ends up at Kigga near Sringeri (a total trekking distance of about 23 kilometers). But before trekking you have to take the permission from forest department. This trek passes through extremely dense forests and through the heart of naxalite area and hence requires expert guidance.
Trek difficulty from Mallandur to Barkana falls is "Moderate". Trek Difficulty from Barkana falls to till end of forest is very difficult(Very steep to trek). After forest trek difficulty is moderate.

Morning @ 7.00 AM we have reached to Agumbe, took fresh up and had breakfast in a canteen “Guruprasad”.  At 9.00 AM our guide Abhisha came from Mallandur village. Now we have started our journey to Mallandur village which is located 5 km from Agumbe (Shivamogga District). 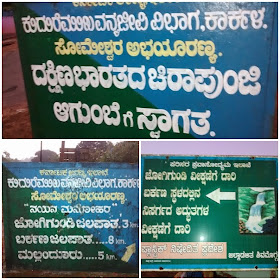 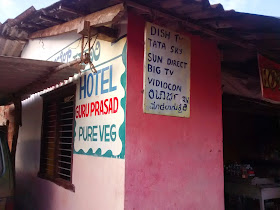 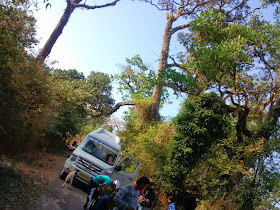 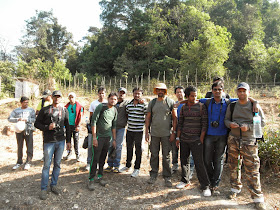 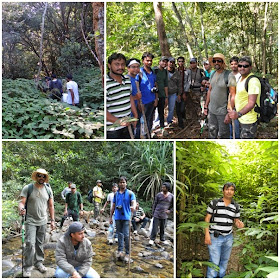 We trek around 7 km from Mallandur and @ 11.50 AM we have reached to the top of Barkana Falls. 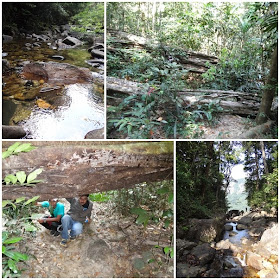 About Barkana Falls:
The Barkana Falls (Kannada: ಬರ್ಕಣ ಜಲಪಾತ) is among the ten highest waterfalls in India. This falls is located near Agumbe in Shimoga district of state of Karnataka. The Barkana falls are formed by the Sita river. Currently Barkana falls is the prime source of one of the hydro electricprojects in Karnataka. It is a wonderful location for sightseeing and enjoying a picnic, but beware of the leeches during the rainy season.
The Barkana view point gives a splendid bird's-eye view of the Barkana falls and the great forest of the Western Ghats. 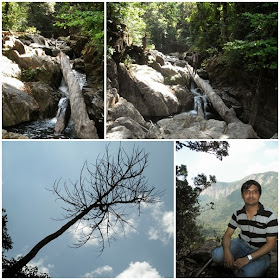 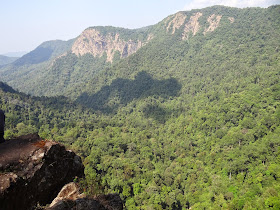 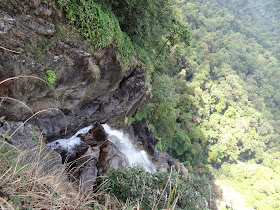 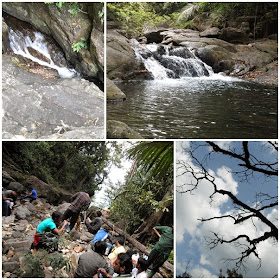 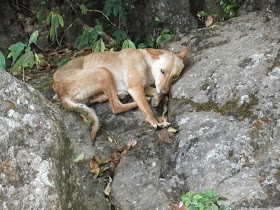 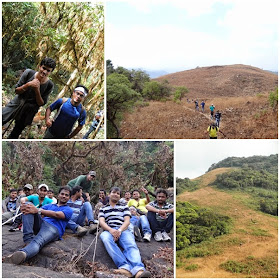 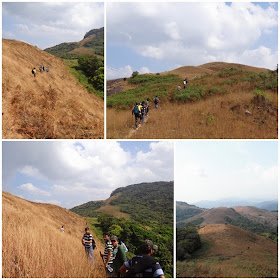 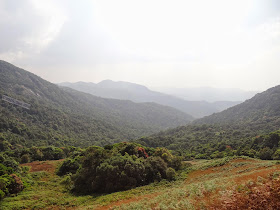 Narasimha Parvatha, is also called the Agumbe peak, is part of the famous “Agumbe - Sringeri”trekking trail. Situated at an altitude of 826 m in Shimoga, it’s the tallest peak (about 3780 feet) in Agumbe Ghats. The view from the peak is panoramic. The imposing Kudremukh ranges are visible from the hilltop. The paddy fields of the Mallandoor village, a tower of a relay station in Agumbe can also be seen from the summit. There is a big valley between Narasimha Parvata and Mallandur. The Shola forests are found on mountain peaks. Grasslands cover the peaks while the slopes are covered with thick forests. 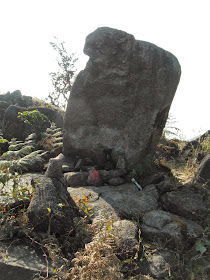 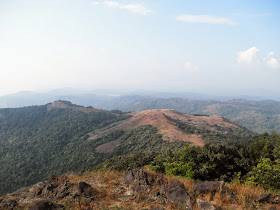 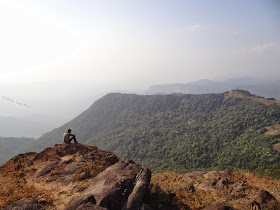 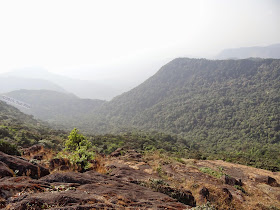 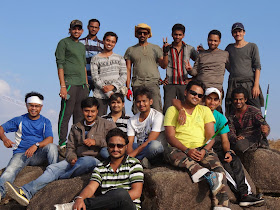 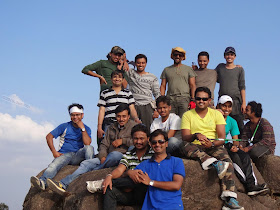 At 5.00 PM we have started climbing down from peak of Narasimha Parvatha. 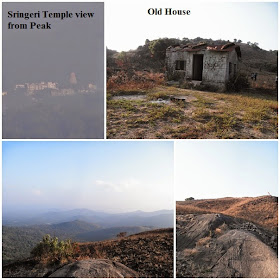 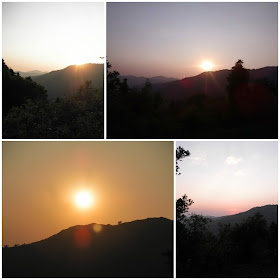 We trek around 7 km and reached Kigga village (Chikkamagalore District) @ 7.00 PM. One of our trek coordinator Harsha (Agalatti Resort owner) have made all the camping arrangements near Sirirmane falls. From Kigga village we went to Sirimane falls (5 km from Kigga) in our TT. At 7.30 PM we have reached to our camping place near to Sirimane falls.

In camping place we have prepared delicious dinner and had it under the moon light. And made camp firing. And slept in the tents with sleeping bags. 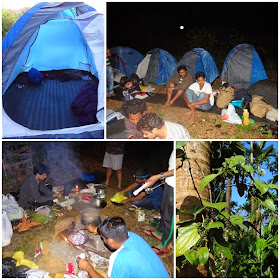 We had a breakfast @ 9.00 AM and had lunch @ 12.30 PM. After packing our all luggage, @ 2.30 PM we went to Sirimane Falls (which is 2 km away from our camping site) to take a bath.
About Sirimane Falls:
“Sirimane Falls” is one of the beautiful waterfalls in Chikkamagalur district of the Western Ghats of Karnataka.  Here the water falls from 70-80 feet height (approx) in the green forest. Sirimane Falls is located at a distance of 5km (approx) from Kigga near Sringeri. Kigga is a small village located at a distance of 9 km from Sringeri. The main attraction of Kigga is “Sri Rishya Shringeshwara temple (Rishya Shringa)”. 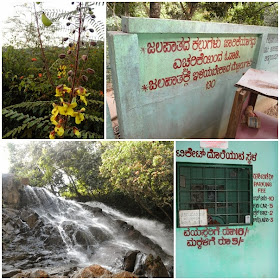 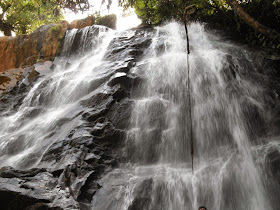 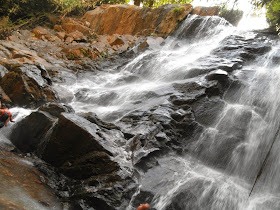 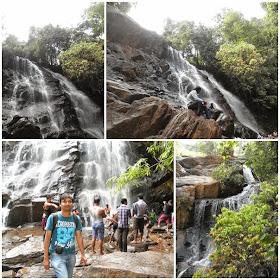 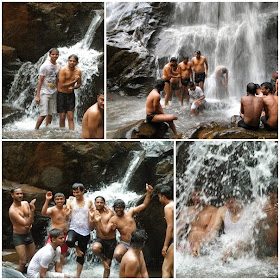 This was one of the memorable trekking for me with “Prakruthi Charanigaru” team. I am thankful to all the coordinators, guide and trekking members for the successful trek without any bad incidents.